A couple of years ago I spent some time at a studio out in the east end of the city. I worked under a potter there who was a brilliant sculptor, and it was under her tutelage that I learnt most of the core slab-building techniques that I now use.

When most people think of pottery, what comes to mind is the classic scene from Ghost, where Patrick Swayze “helps” Demi Moore on the pottery wheel, and sexiness ensues. (Let me assure you that there’s nothing sexy about wet clay. It gets everywhere, and it’s gritty.) Wheel-throwing is just one method of building structures in clay, though. It’s great if you want something round, or at least round-ish, but it’s far from the pinnacle of the fine art of pottery.

Slab-building doesn’t employ a wheel at all, though you can build most of the same basic shapes with it. Instead, the potter begins with a hunk of clay and rolls it out flat, much as you would a pie crust. The slab can be draped, pressed into a mould, folded, twisted, curled, cut into strips and re-attached at crazy angles – the options are endless.

For this piece, I started with a slab draped over a dinner plate for a gently rounded base. Then I cut asymmetrical strips and attached them to build up the sides and form the handles.

I didn’t have any specific creatures in mind as I formed it, but rather impressions of sponges and corals and sea stars and eels and seaweed. I wanted it to evoke the feeling of a coral reef without actually depicting one. Similarly, I chose glazes that call to mind the ocean for the interior of the vessel, but glazed the outside in the matte white of bleached shell and bone and coral.

This is one of my favourite pieces, so I hope you enjoy it! 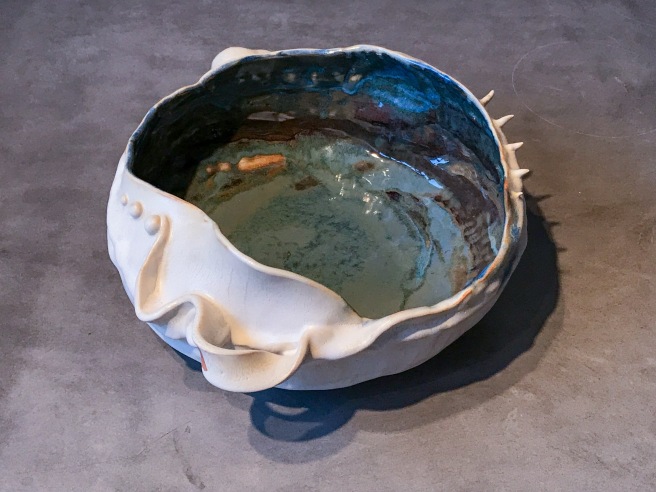 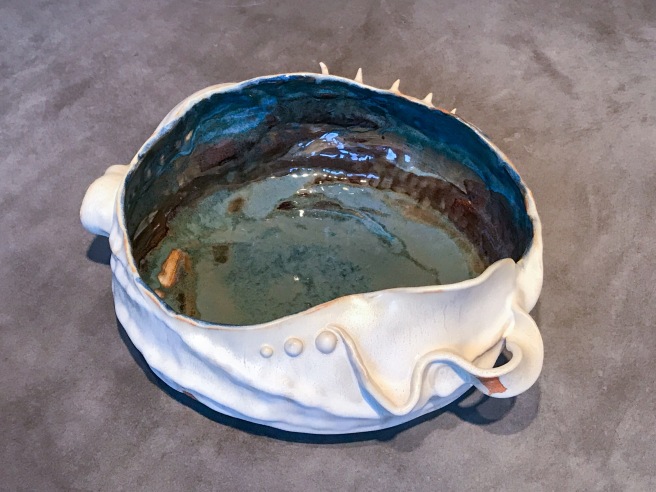 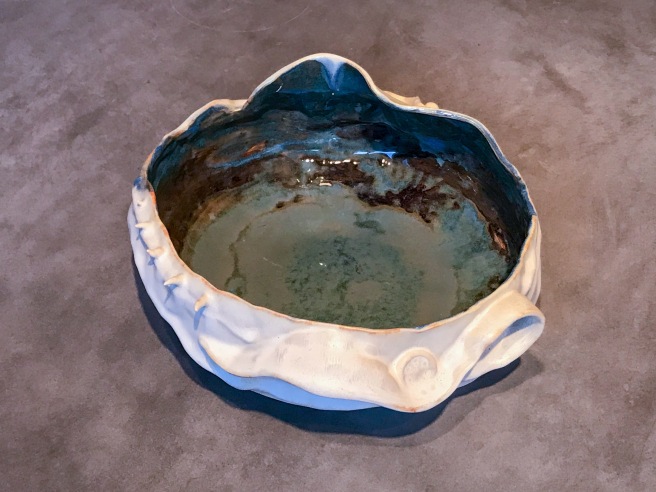 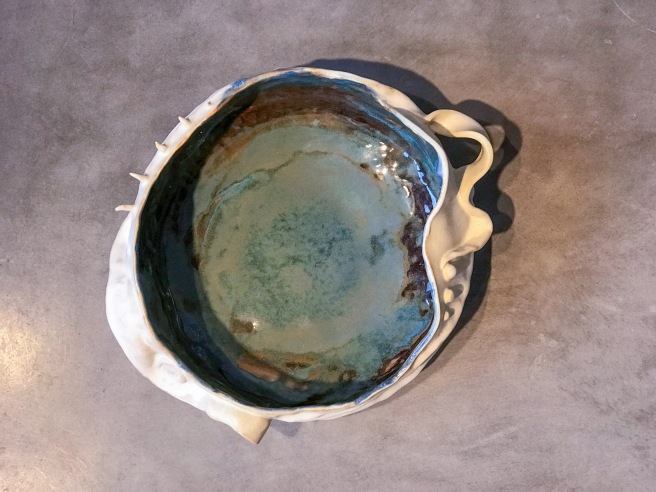